Stone counters, such as those made of marble or granite, can require a bit more maintenance than some people may like. Both engineered quartz counters and solid surface counter tops have some of the same benefits without the need for constantly resealing the counter. Which option is right for you will depend on a number of factors.

Quartz counters are very resistant to scratches, but solid surface counters can scratch relatively easily. However, these scratches can be sanded out to return the surface to an almost like new condition.

Both of these types of counter tops can be damaged by heat. Putting a hot pan onto solid surface counters, for example, could change the color of the surface or cause them to melt, warp or crack. Quartz counters can resist heat a bit better, typically only becoming damaged when coming into contact with heat over 400 degrees Fahrenheit.

Solid surface counters usually have a more matte finish, while quartz counters are typically polished to give them a shinier look. Because these counters have a consistent pattern to them instead of the natural variations in stone counters, neither type of counter will be easily mistaken for a natural stone counter top, but quartz can get a very similar look.

Cost shouldn't necessarily be a reason for choosing either of these materials for your counters, as they are similar in cost to marble or granite counters. They range in price from about $35 to $100 per square foot, including installation costs.

Many different types of sinks will work with these counters, but karran sinks are a particularly good alternative. These sinks can be integrated into solid surface counter tops or made from quartz to match the look of a quartz counter. They can be seamlessly bonded to either material so you don't need to worry about dirt and other debris becoming stuck in the edges of the sink. 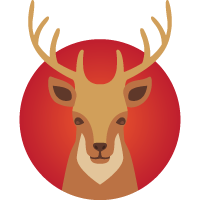 One day, after inviting a new friend to my house, I could tell that my place needed a few updates. She commented on the older decor, and I knew that it was time to make a few changes. Instead of ignoring the outdated curtains and interesting knick-knacks, I zeroed in on one room at a time, and started to transform the space with new rugs, interesting pictures, and new accessories. You wouldn't believe how much my place transformed before my eyes. Within a few weeks, my apartment started to look brand new, modern, and edgy. This blog is all about making your space into something beautiful.